Martian Homes Could Be Built In Just 24 Hours

By the end of this century, it seems highly likely that people will be living on Mars. It sounds utterly mad, until you consider that there were only 66 years between the first powered and sustained Human flight and Neil Armstrong setting foot on the moon… 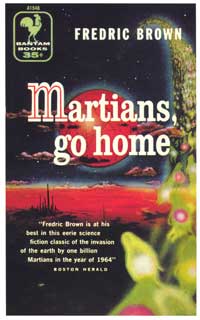 However, a major problem with this idea (aside from the fact that no Human being has ever actually set foot on the red planet) is the difficulty posed by building habitation in such a hostile and extremely remote environment.

At the moment, even landing an unmanned rover on Mars represents a major scientific achievement, which makes Elon Muskâs plans to build a city there seem especially far fetched and ambitious.

Besides, at current costs, taking one kilogram of material to the moon costs between Â£61,000 and Â£122,000. Thatâs a lot of money, even for bare essentials like building materials and water reserves.

Now, however, one man thinks he may have the answer…

Dr. Behrokh Khoshnevis of the University of Southern Californiaâs Viterbi School of Engineering is working on a groundbreaking new method of building that, if applied to lunar or Martian colonisation, could bring us all that much closer to seeing cities on Mars or the moon in our lifetimes.

Essentially, Dr. Khoshnevis has come up with a way to âprintâ buildings.

The construction technology, called Contour Crafting, fashions an entire building, layer by layer, according to a predetermined outline. Khoshnevis initially created the technology in order to provide cheap, quick and safe housing for emerging nations, or victims of natural disasters.

It is hoped that such building methods will also lower the demand for wood, thus having a beneficial effect on the rainforests and other areas that are being aggressively deforested for timber.

In addition, the concrete walls built by the Countour Crafter are three times stronger than a brick wall.

Writing for Nasa, Dr. Khoshnevis said, âAutomated building technologies will revolutionize the way structures are built on Earth, in dense urban environments, in difficult-to-build and difficult-to-service sites, or in remote and hostile regions of the globe. The technologies under development by our group have the potential to simplify construction logistics, reduce the need for hard physical labor by assigning humans to a strictly supervisory role, eliminate issues relating to human safety and produce intricate, aesthetically refined designs and structures at significantly reduced construction costâ.

Theoretically, these buildings could be described via a computer model and built remotely, using the Martian landscape in lieu of bricks and mortar. The buildings could be âprintedâ in around 24 hours and would be every bit as strong, (or stronger) than the building you are currently living in.