Patrick Macnee, the actor best known for his work on TVs The Avengers has passed away. He was 93 years old.

Macnee was born in London, England in 1922. His father trained racehorses and was noted for his keen fashion sense, whilst his mother was a niece of the Earl of Huntingdon (which may even have made Patrick a descendent of Robin Hood!). However, such privileged beginnings proved to be only deceptively comfortable for the young Macnee, who saw his father drink and gamble away the family fortune, before leaving the country for India, while Macnee lived with his mother and her Lesbian lover Uncle Evelyn Spottswood. The pair attempted to dress the young boy up as a girl, but settled for a kilt instead, which was how Macnee was dressed every day until he was eleven years old. 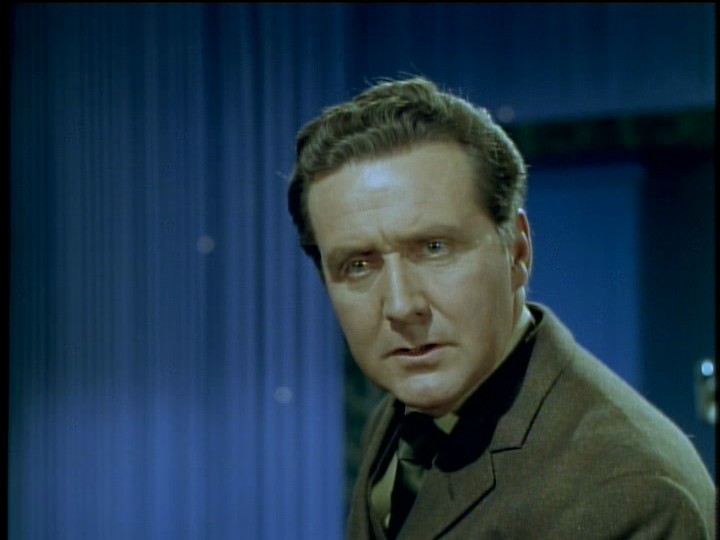 By this time though, he had already been bitten by the acting bug and so decided to pursue a career in the performing arts.

Before he could make his West End debut, the young actor was called up for National Service. It was 1942 and World War 2 was in full swing. He began his military career in the Navy as an ordinary seaman, before progressing to sub-lieutenant. Fortunately, a nasty bout of bronchitis caused Macnee to miss the D-Day landings, where the ship he was serving aboard was destroyed and the entire crew killed. He was ashamed of not being present at the battle for the rest of his life. Macnee was demobilized in 1946 with the final rank of lieutenant.

Patrick Macnee learned his craft via a number of small roles, appearing in The Life and Death of colonel Blimp in 1943 and portraying a Spear Carrier in Lawrence Oliviers 1948 production of Hamlet (alongside an uncredited Christopher Lee), amongst other assorted roles. However, as the years passed and his big break failed to arrive, Macnee became depressed and frustrated by his lack of progress.

Eventually, he decided to leave the United Kingdom for Canada, making the difficult decision to leave his wife and two children behind in the process. He arrived in Toronto with just Â£10 in his pocket. In Canada, Macnees eccentric Englishness made him a genuine novelty and his career began to pick up somewhat. He explored producing and, as an actor, appeared in over 30 televised plays, before finally hearing about a new television series in development called The Avengers.

In The Avengers, Macnee played the unflappable British secret agent John Steed from 1961 to 1969, before reprising the role for 1976 – 77s The New Avengers. Both the series and the character would become an iconic part of British popular culture, creating a legacy that endures to this day. The show made Macnee an international star and proved to be his finest hour as an actor.

The character of John Steed first appeared in The Avengers pilot episode Hot Snow (1961). Here, he was depicted as being an assistant to Dr. David Keel. When Ian Hendry, who had played Dr. Keel, quit the show later that year, Steed became the central character and was partnered with a series of crime fighting accomplices, namely Dr. Martin King (Jon Rollason), Venus Smith (Julie Stevens) and finally Cathy Gale (played by future Bond girl Honor Blackman).

As the series progressed, Macnee extensively re-designed Steeds wardrobe, furnishing his character with the now iconic look of bowler hat, Saville Row suit and gentlemans umbrella. Of course, these garments came to be tricked out with various spy gadgets as the series went on.

It was Steeds debonair, quintessentially British wardrobe that helped the show to become so successful both at home and overseas. In fact, the clothes were so iconic that in France The Avengers is known as Chapeau Melon et Bottes de Cuir â Bowler Hat and Leather Boots.

Macnee also decided early on that Steed should never carry a gun. In later interviews he stated that he was sick of firearms after experiencing âa war in which Id seen most of my friends blown to piecesâ.

Besides, a pimped-out brolly is waaaaay cooler.

In 1965, Steed was paired with his most iconic partner (and best, but Im biased since she was my childhood crush) Mrs. Emma Peel. Portrayed by Diana Rigg, Mrs. Peel (designed to have man appeal â hence the name) was smart, self-assured and supremely confident. In a unique twist, Peel often acted as Steeds muscle, being by far the more physical of the two characters. Although he frequently rescued her from harm, their relationship was truly a partnership of equals, making Mrs. Peel, secret agent, martial artist and chemistry genius, a genuine pioneer among female heroines. Macnee was always proud of the strong, positive female characters that were so prominently featured in The Avengers.

Rigg left the series in 1968 and promptly followed her predecessor into the James Bond franchise, while Macnee was partnered with Linda Thorsons Tara King until the series demise a year later in 1969.

ITV revived the Avengers concept in 1976 and Macnee starred alongside Joanna Lumley (Purdy) and Gareth Hunt (Gambit). The show ran for two series, but, despite a positive reception, was scrapped in 1977 due to financial problems.

Away from The Avengers, Macnee appeared in the James Bond film A View to a Kill (1985) and the classic Rock n Roll mocumentary This Is Spinal Tap (1984), where he portrayed Sir Dennis Eton-Hogg, the somewhat sanctimonious president of Taps record company. He also played Dr. George Waggner in 1981s cult favourite The Howling.

In 1998, Hollywood made a disastrous attempt to revive The Avengers. The movie starred Ralph Fiennes, Uma Thurman and Sean Connery and Patrick leant his support in the form of a voice cameo. However, without the twinkle, wit and class of the original John Steed, the idea was doomed to failure.

Finding himself in the enviable position of being a pop culture icon, Macnee was asked to appear in music videos for The Pretenders and Oasis amongst others. He also contributed vocals to a novelty single Kinky Boots with Honor Blackman that was issued three times, the first in 1964, the second in 1983 and the third in 1990, where it eventually became a top 3 hit.

As a television actor, Macnee appeared in such memorable shows as The Twilight Zone, Rawhide, Colombo, Frasier, Battlestar Galactica, Murder, She Wrote, The Love Boat, Magnum P.I, Diagnosis Murder, The Littlest Hobo, Alfred Hitchcock Presents and many others. He even played Dr. Watson alongside Christopher Lees Sherlock Holmes.

In later life, Macnee became a nudist. After an infancy spent in a dress, a childhood in a kilt and an adulthood in the finest suits money can buy, why not spend an old age in the nip? For a style icon that brought the suave and stylish John Steed to life with effortless grace, charm and virility, one supposes that it must have felt like the next logical step.

R.I.P Patrick, you will be sorely missed.